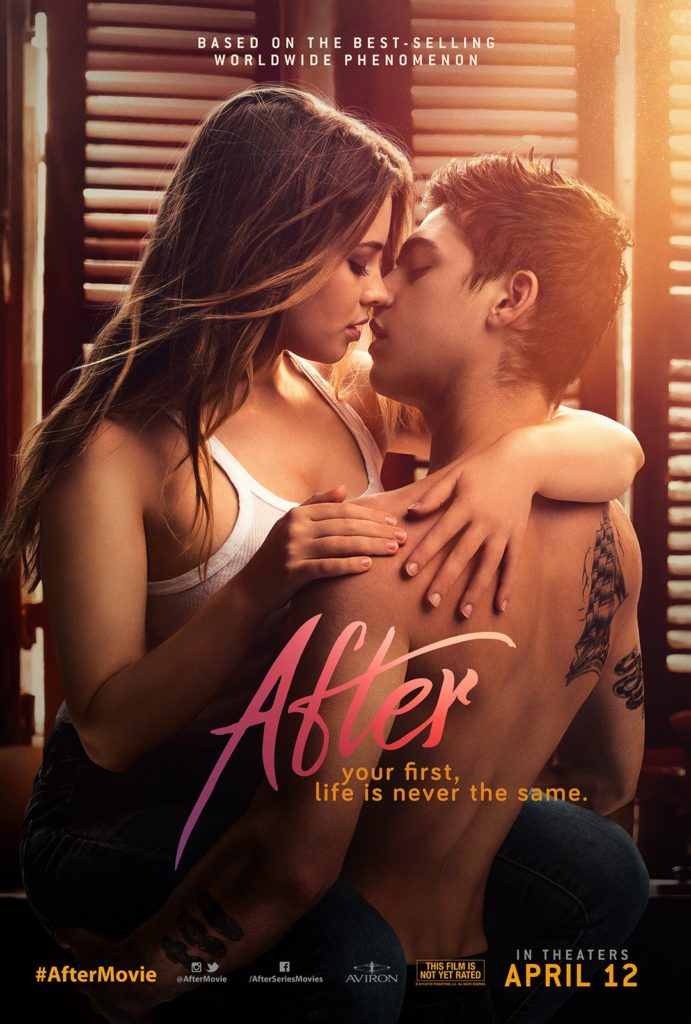 Based on novel by Anna Todd that became a worldwide phenomenon, AFTER follows Tessa (Josephine Langford), a dedicated student, dutiful daughter and loyal girlfriend to her high school sweetheart, as she enters her first semester in college. Armed with grand ambitions for her future, her guarded world opens up when she meets the dark and mysterious Hardin Scott (Hero Fiennes Tiffin), a magnetic, brooding rebel who makes her question all she thought she knew about herself and what she wants out of life.

Film adaptation rights of AFTER were acquired by CalMaple Films and Offspring Entertainment, with Mark Canton (Den of Thieves, 300), Courtney Solomon (Cake, An American Haunting), Jennifer Gibgot (17 Again, Step Up) and Anna Todd serving as producers. The movie is distributed by Aviron Pictures in the U.S. Josephine Langford (Wolf Creek) and Hero Fiennes Tiffin (Harry Potter and the Half-Blood Prince) star in the which will be released on April 12th, 2019.